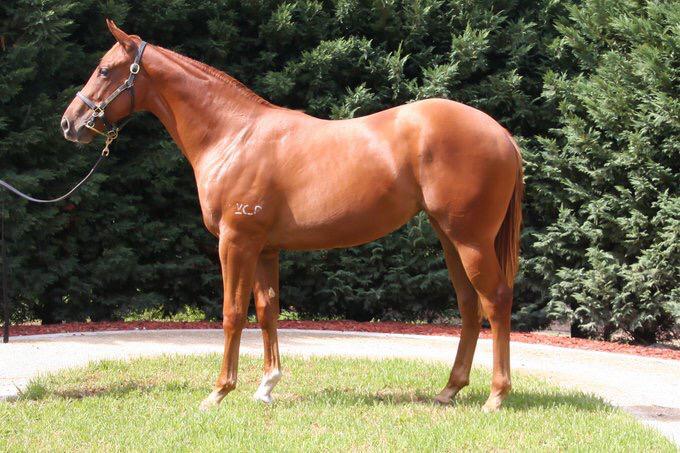 Another successful sale in Australia

Whilst race meetings in the UK ground to a halt last week as a result of the Equine Influenza outbreak, we have remained busy during February.   Stuart made his second trip of the year down to Australia, where he attended the Inglis Sydney Classic Yearling Sale, from which he came away with a total of four lots.  He started strongly to secure Lot 110, an eye-catching daughter of DISSIDENT, out of SONNENBLUME, the dam of exciting juvenile GARIBALDI, from Carramar Park for AU$340,000, and the buying continued with Lots 306, a KERMADEC filly out of FAIRESSA, who will go into training with Gabby Englebrecht, and Lot 361, a SMART MISSILE filly offered by Newgate Farm.  Our last purchase of the sale was Lot 895, a colt also by SMART MISSILE and consigned by Ashleigh Thoroughbreds.

Back in the Northern Hemisphere, we were also in action at the Arqana February Mixed Sale where we secured three fillies: LOT 332 – ALIYANA, a 4YO filly from Prime Equestrian;  Lot 399, KATINKA, by SIYOUNI, who was placed second in the Prix de Ravel at Vichy; and finally LAJJAH, a mare in foal to AL WUKAIR, who we bought for €45,000.